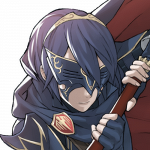 Previous discussion on my talk page can be seen here: AkaiKaze Talk Archive. Please check here before asking a question--it may have already been asked.

I Think You Might've Not Understood My Edit 100% Clearly

You seem to have missed the part where the trivia that you added is useless. The Jess mold is clearly used by American Girl as ambiguously East Asian, just like the Sonali Mold is ambiguously Black/South Asian. It makes no sense to quantify each of the or point out that Ivy;s face mold was first used on a character that was of Japanese background.

Furthermore--though you deleted the evidence--it has been confirmed that you are under the age of 13, as you were banned from AGC for this. Until such a time as you are 13 you will not be allowed to edit or contribute here, and since we no longer have access to your birthday, you're banned to 2018 cause that's the earliest you can be 13. Hasta la treize. Nethilia (talk) 23:02, October 23, 2016 (UTC)

For the article White-Bodied dolls isnt it that white bodied dolls where first produced by pleasant company and not americangirl Rainbow12345678 (talk) 18:49, November 7, 2016 (UTC)

From the research I've done through archive.org, Pleasant T. Rowland has been credited as the founder of Pleasant Company and the creator of the American Girl brand. The use of the name, "American Girl", in this case, can be correctly applied to the White-Bodied Doll article since the brand name predates Mattel's purchase of Pleasant Company in 1998. The article stands as it is. --AkaiKaze (talk) 22:40, November 8, 2016 (UTC)

So I think that Gabby should at least get her image on the main page and as the hot topic til at least end of March--every other GotY got at least that if not til summer. We can figure out how to do a slideshow later--there's a way to code one in on a Wiki--and at that time we'll worry about Tenney, Logan, Z, and Felicity. Nethilia (talk) 05:17, February 16, 2017 (UTC)

This sounds like a good compromise, considering AG generally doesn't spam this many characters all at once, WellieWishers aside. --AkaiKaze (talk) 05:31, February 16, 2017 (UTC)

There are now two pages for Z's minor characters:

~~Are Catherine and Buddy Maternal or Paternal?Wendy Litwack (talk)

A couple of questions

First question, should I turn off Grammarly? Second, can you add a blog? I'd love to share my fanmade dolls.

Firstly, I have no idea what that is and don't have it on. I don't know if AkaiKaze does.

Second, the blog option was disabled in 2009 and is not going to be used here on the AG Wiki. Blogging about personal dolls and collections using Wikia space is of no benefit to the project; this wiki is not about anyone's collections or personal characters. If you would like to have a blog about anything fan-related, please use places like Wordpress, Blogger, or any other personal blog space.

Whether you should use/not use Grammarly is your choice. I had to look it up since this was the first time I've heard of it.

I renamed josefina’s nephews’ pages to just their first names, Is that ok?

Tomas’ surname is never revealed and Ana would have gotten Tomas’ surname when she married so therefore their last names are unknown. —Preceding unsigned comment added by Ianthe B, (talk • contribs)

Per the site's rules as seen here, renaming without admin rights is not allowed. The pages have been restored and the user has been blocked for two weeks. Nethilia (talk) 23:37, March 25, 2018 (UTC)

Hey AkaiKaze, in case you haven't read the Community Central blog from earlier this week, Fandom officially announced the Editor Rewards program. Fandom has been looking for ways to give back to users for the work they've done. Recently they have done things such as buy movie tickets, or offer products from their favorite fandoms. Stay tuned as perhaps you, your co-admins, or other contributors for this wiki may even be eligible!

If you have any questions, feel free to comment on the blog so the Editor Experience team can answer directly. TimeShade (Talk) 06:22, September 1, 2019 (UTC)

Hey there, it's been a while since I checked in. Just letting you know about global taxonomy from a couple weeks ago if you haven't given it a read yet.

Basically, we're working to better personalize recommendations much like how Netflix does based on what you have watched. If you like to learn more, feel free to check out the blog or ask any questions.

I am new on this wiki, and I was wondering, why can't we comment on pages? I've been on other wikis and they allow it, but why not this one?

Free casual commenting on talk pages invites natter, wastes time, and buries discussions needed to keep the Wiki a productive project. We are here to work on information, not to yammer back and forth about who's cute or sweet or boring or anything else.

A Wiki is not a safe space to openly talk or have discussions.

There are many places online where, if you wish to discuss American Girl as a brand or as a fandom or make friends through the topic, to do so. This is not the place.

Hey There, not sure if this is the right forum or protocol for contacting someone with clear expertise. Hoping you can help me out.

I have a Wellie Wisher outfit that doesn’t seem to exist. Can’t find ANYTHING on it online. It doesn’t even appear here in the Fandom on any outfit list, and yet I have it, sealed in its box.

Is this a limited release? I can’t even replicate the box in google images search.

I believe this is a new WellieWisher outfit available just at Barnes and Noble for the time being. @AGUpdateNews on Instagram posted photos of this, a garden wagon, and another new outfit. Not sure if it will be released through American Girl eventually or if it's only Barnes and Noble. It's not on the wiki yet because it was only recently released and we haven't added it yet. We will add it soon!

Is it OK that you remake these pages? I think they are deleted.

Retrieved from "https://americangirl.fandom.com/wiki/User_talk:AkaiKaze?oldid=92940"
Community content is available under CC-BY-SA unless otherwise noted.