The BeForever cover of The Tangled Web.
Julie's Series

In relation to Julie's Series

After the events of Changes for Julie

The Tangled Web is a Historical Character Mystery that is part of Julie's books.

Only in The Tangled Web

Chapter One: Figure in the Fog 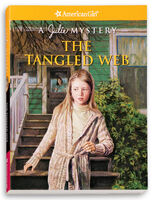