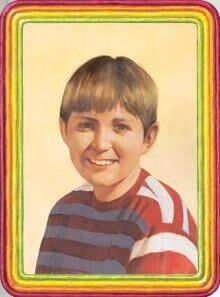 T.J. is good at basketball and plays for the Jack London Jaguars, the school's basketball team. He inspires Julie to try out for the team, even though it is supposed to be an all boys' team. He knows everything about the school from the most popular boy to the most stuck-up girls. He is sometimes reluctant to help Julie and her plans, but he will contribute if he sees the efforts are worth it. He has five old sisters and one younger sister; his five older sisters taught him to play basketball and wanted him to join the school basketball team.

T.J. becomes the first one to be Julie's friends in her new school and he inspires her to convince Coach Manley to let her join the basketball team.

Julie and the Eagles

T.J. is the campaign manager when Julie runs for student body president with Joy Jenner. Julie tells him that when she runs for president, he would work with her.

A Brighter Tomorrow: My Journey with Julie

Retrieved from "https://americangirl.fandom.com/wiki/T._J.?oldid=88314"
Community content is available under CC-BY-SA unless otherwise noted.