Red and white striped belt. Ties around the waist over the top.

The children's pajamas were initially sold for a cost of $45. Price was later $38 and $42. Earlier versions of this set had a matching sash to wear as a headband. 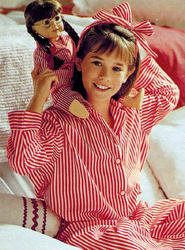 First version of Molly's Pajamas for children with a headband sash. 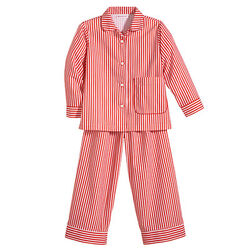