Kaya'aton'my (She Who Arranges Rocks)

Kaya is the eighth Historical Character, representing early Native America. Kaya was released in 2002 and was part of the BeForever collection.

Kaya (pronounced KY-yah)[5] is a Native American girl of the Nimíipuu, or Nez Perce tribe. Her stories are set prior to permanent settlement of the area by white European-Americans. The stories are post-European contact, as evidenced by the fact the tribe caretakes for horses and her grandmother has pock-marks from prior contact that has led to disease spread.

Kaya is a very active young girl, fitting with an outdoor lifestyle. She swims in the river every morning with the other girls. She cares greatly for animals, especially horses. She likes her grandmother's stories.

Kaya many times acts before she thinks, getting her into trouble many times through the series. In Meet Kaya, her rash actions get her in trouble, earning a switch for all the children from Whip Woman and the disparaging nickname "Magpie" which she tries desperately to get rid of. Later, her rash actions get her and Speaking Rain kidnapped by another tribe. Kaya is prone to boast or brag to seem important. She hopes to become a strong, courageous leader of her people.

Kaya tries to seem strong, even when she is feeling at her worst. Remarks made by the boys often hurt her feelings.

Kaya was awarded with the name of her heroine, Swan Circling, and is going to use it when she is ready.[6]

Kaya deeply cares about her family and friends. She is best friends with her sister Speaking Rain and they share many secrets with each other. She is also friends with Two Hawks.

American Girl characterizes her as ambitious and resourceful, adventurous, and daring with a generous spirit; a featured video describes her as true-hearted, and American Girl e-cards describe her also as loyal and clever.

Friends and Other Characters 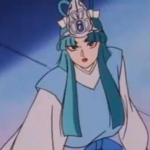 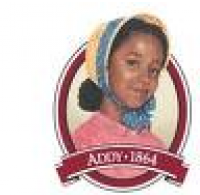 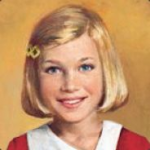