Addy: An American Girl Story was an live action play based on the character Addy Walker and her stories.The play first debuted at the Seattle Children's Theatre in Charlotte Martin Theatre on April 13th, 2007 and ran through June 17, 2007. A tour was later made around the country with a traveling cast.

Addy is the only historical character to have a live-action play as of 2020.

The play had a twenty-one city tour across the US with Kids Entertainment. 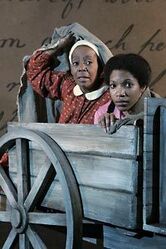 Promotional image of Addy and Momma escaping to freedom 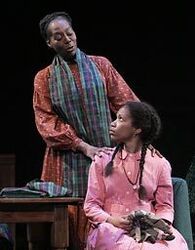 Addy with Momma doing her hair 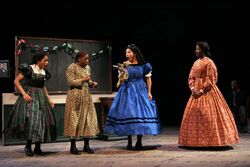 Addy, Sarah, and Harriet fighting over the doll with Miss Dunn nearby 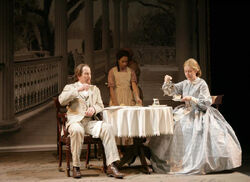 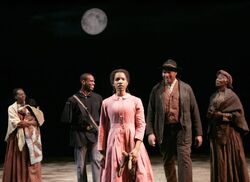 Items Associated With the Play

Note: None of these items were available to be purchased at any of the productions of the play and are simply seen in the scenes.

Retrieved from "https://americangirl.fandom.com/wiki/Addy:_An_American_Girl_Story?oldid=93358"
Community content is available under CC-BY-SA unless otherwise noted.